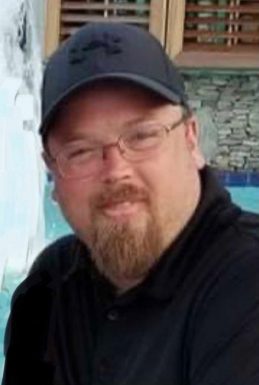 Jesse Lee Marsh, 45, Michigantown, passed away, Friday, September 24, 2021 at IU Health Methodist Hospital in Indianapolis.  He was born on April 21, 1976 in Frankfort to James and Deborah (Ostler) Marsh.

Jesse was a 1994 graduate of Frankfort Senior High School.  When first out of high school he worked as an assistant manager at Burger King before starting work in 1995 for Frito Lay where he worked for 26 years.  He attended Memorial Parkway Church of Christ.  He enjoyed umpiring youth baseball, fishing, collecting baseball and basketball cards, fantasy football, and cheering on his Boilermakers and Colts.  Jesse was a kind hearted man, that enjoyed being with his co-workers that he called friends.  But his true passion was his family, especially his children, that he loved spending time with and making memories.

his parents and grandmothers, Mary Marsh and Eileen Ostler.