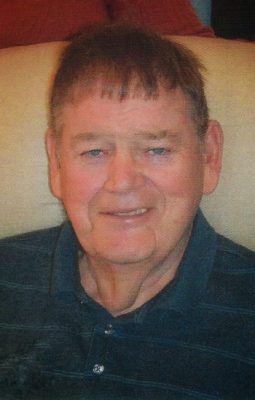 Jerry was a 1965 graduate of Frankfort High School.  He worked at Sun Chemical for 23 years, retiring in 2011.  He was a member of St. Matthew United Methodist Church, member and Past Master of Clinton Masonic Lodge #54, member of Scottish Rite, York Rite and member and Past Worthy Patron of Clinton Chapter OES #6.  He also enjoyed the outdoors, hunting, and spending time with family and his cat, Hemi.

Visitation will be 4-7 p.m. Friday, January 6, 2023 at Goodwin Funeral Home, 200 S Main St., Frankfort. Following Jerry’s visitation there will be an OES & Masonic Memorial service beginning at 7 p.m. Friday. Funeral service will be 10:30 a.m. Saturday, January 7th at the funeral home. Phil Lake will officiate. Burial will be in Bunnell Cemetery. Memorial donations may be made to St. Matthew United Methodist Church, 1951 Wilshire Dr., Frankfort, IN 46041.