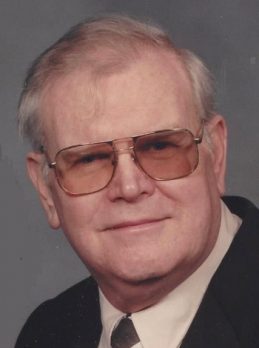 Jerry L. Emery, 80, of Frankfort, died December 7, 2018 at St. Vincent Hospital in Indianapolis.  He was born on January 31, 1938 in Frankfort to Archie B. and Elsie F. (Richardson) Emery.  He married Carol Ann Higgins on July 10, 1976 in Frankfort and she preceded him in death on December 5, 2003.  Jerry was a lifelong Frankfort resident and 1956 graduate of Frankfort Senior High School.  He retired on December 31, 1992 from Chrysler Transmission in Kokomo after working there for 33 years.  He was baptized at age 13 at First Baptist Church in Frankfort.

Memorial donations may be made to the American Diabetes Association.

Survivors include his 2 Nephews:  Brad and his wife Sharon Street of Nineveh, IN and Emery Jay Street of Frankfort, IN.

In addition to his parents, he was preceded in death by his wife: Carol, 3 sisters, and 4 brothers.