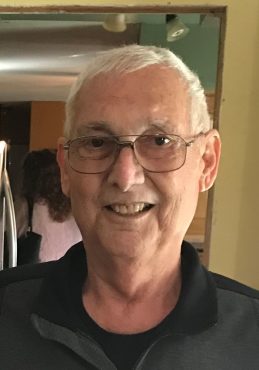 Jerry was a 1961 graduate of Little Jeff High School.  He was a lifelong resident of Clinton County except for living 12 years in Lafayette. He was a veteran of the U.S. Army.   Jerry worked at Milestone Contractors Ltd. (formerly Fauber Construction) for 42 years as a heavy equipment operator, retiring in 2004.  He was a member of the Jefferson Methodist Church and was a 55 year member of the Vesta Masonic Lodge in Jefferson.

Memorial donations may be made to Quinton’s House, 659 Washington Avenue, Frankfort  46041.

No services or visitation are planned.  Goodwin Funeral Home and Clinton County Crematory are assisting the family with arrangements.

In addition to his parents, he was preceded death by step-father, Bernie Null and 2 brothers, Glen L. & Curtis Lock.