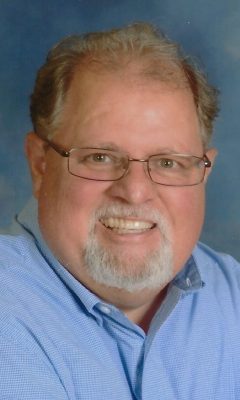 Jeffrey was a 1981 graduate of Breckinridge County High School and a 1985 graduate of Eastern Kentucky University with a Bachelor’s degree in Public Relations and Sports Information.  He owned Williamson & Associates, a parking management business in Indianapolis for over 30 years.  He was a member of the St. Joseph Catholic Church, Lebanon, Ind., and a former longtime member of the St. Luke Catholic Church in Indianapolis, Knights of Columbus and Cursillo Organization.  Jeffrey was in his 19th year of coaching kickball, loved attending sporting events, concerts and plays, and enjoyed antique cars.

Family will receive friends from 1-4 p.m. on Sunday, March 6, 2022 with a rosary starting at 4 p.m. at Goodwin Funeral Home, 200 S. Main St., Frankfort. Mass will be held at 11:30 a.m. Wednesday, March 9, 2022 at St. Luke Catholic Church, 7575 Holliday Drive East, Indianapolis, IN 46260. Burial will be at a later date in Whiteman Cemetery, Michigantown, Ind. Memorial donations may be made to Central Indiana Cursillo Community, c/o Marty Van Der Burgt, Treasurer, 3280 Waverly Dr., Richmond, IN 47374. In lieu of live flowers, the family asks that remembrance inspired gifts or a card be considered.