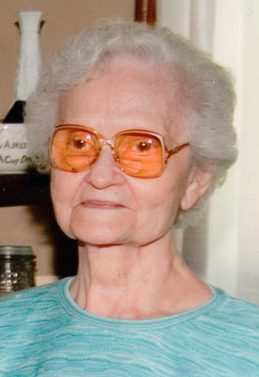 Jean I. Allen, 96, of Frankfort, died January 20, 2018 at Clinton House.  She was born August 6, 1921 in Clinton County to Harry & Etta (Eaton) Rabanus.  She married John W. Allen on November 24, 1937 and he preceded her in death on November 8, 1990.  Jean attended Jefferson schools.  A homemaker, she worked in nursing homes for a few years.  Jean was a member of the Hope United Methodist Church.  She was a Cubs fan and enjoyed listening to the radio.

Private graveside services will be at Bunnell Cemetery. No visitation is planned. In lieu of flowers, donations can be made to American Macular Degeneration Foundation PO Box 515 Northampton, MA 01061-0515 or a charity of your choice.

4 Condolences for “Jean I. Allen”