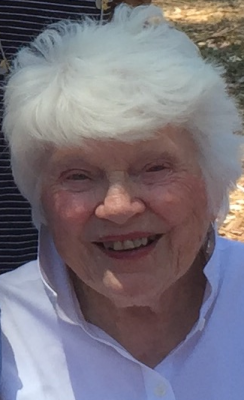 Longtime Frankfort resident, Jean Conrad Fickle, passed away in her home in Pleasant Hill, CA on November 11, 2015, at the age of 94, in the presence of loved ones. Born in Rossville on June 7, 1921, to Joe and Mary Brown Conrad, Jean and her family moved to Indianapolis during the early years of The Great Depression, then to Frankfort, where she attended Riley Grade School. She graduated from Frankfort High School in 1939, attended Indiana University, then worked at Thrasher’s Department Store in the homewares department. Jean married Jack Stanley Fickle in February, 1943, while Jack was serving in the Army Air Force as a meteorologist. He was stationed in Kingman, Arizona, and because there was no housing nearby, Jean and their first child Stanley lived in Boulder, Nevada. After the War, the family moved back to Frankfort, where daughter Barbara and son Gordon were born. The family were Frankfort business owners and co-owners, including the Central Cigar Store, the Bowl ‘n Bun, and the Coulter Hotel. After the Medicare Act was passed in the mid-1960’s, Jack was hired by the Social Security Administration to work on its implementation, and most of the family moved to Santa Ana, CA. After Jack passed away in 1983, Jean moved to Pleasant Hill. She enjoyed time and visits with her children and grandchildren, both in California and Indiana. She also enjoyed traveling, especially with her sister and brother in law, Ruth and Paul Howe. They shared many adventures together over the years, as well as continually rounding up their many children and grandchildren for parties, events and vacations together. Jean had a most fortunate “crossing of paths” with Joe Hazelwood, FHS Class of 1940, and veteran Pan American Airlines Captain, while on a visit to Indiana in 2002. The couple began a cross country relationship, living half the year in Connecticut and half in California, with many adventures in between, including a trip down the Amazon, to Japan, to Hong Kong, as well as drives across the United States and all around California and the East Coast. These were truly some of the happiest years of her life.

A Celebration of her Life was held at the John Muir National Historic Site in Martinez, CA, in November. A Celebration will also be held in Frankfort on Sunday, December 13, at 1:00pm at the Goodwin Funeral Home, and later at the Rossville Cemetery. Jean’s family welcomes all to these remembrances. In lieu of flowers, the family suggests donations to a favorite charity.

Joe, her three children and their spouses Frances Stanzione Fickle, Jake Mackenzie and Penny Moreau Fickle, seven grandchildren and their spouses, Malindi Fickle and Jason Brand, Jessica Fickle and Nick Samuelson, Jeremy Fickle, Timothy Fickle, Kaitlin and Tim Malone, Victoria and Kevin Matsumura, and Kevin and Alexandra Fickle, and ten greatgrandchildren, as well as a large extended family including the Hazelwood clan, her nephews and nieces and their families, and the families of her children’s and grandchildren’s spouses.

One Condolence for “Jean Conrad Fickle”