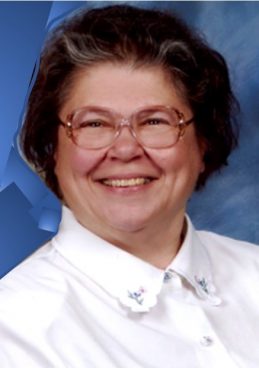 After traveling to over 40 countries, taking more than a dozen cruises, and visiting all 50 states, Janet Albitz made her final journey Thursday morning, January 6, 2022 when she went to meet our heavenly father.

Janet was known as a lover of animals, flowers, people, and especially her family.  Janet never knew a stranger and many people remember her for her smile and taking time to not only talk to but listen to everyone.  Janet was born to the late LF “Pete” and Maxine Cline of Frankfort on November 3, 1943.  She graduated from Frankfort High School and Purdue University with a degree in English and a minor in French.  She later went on to get her Masters in English at Indiana University of Kokomo.  She wed William L. Albitz of Jefferson, Ind. on August 8, 1965.  She served as a substitute teacher in the area for many years, mainly in the Clinton Prairie School system before retiring to spend more time with her husband and caring for their children and eventually grandchildren.  She was known for painting Christmas displays on her parents’ window.  As a part time job, she delivered for CVS.  She was seen not only traveling around the world but attending many school activities and sporting events where she rarely missed any for 2 generations no matter where and how far she and Bill had to travel.

Visitation will be 4-7 p.m. Tuesday, January 11, 2022 at Goodwin Funeral Home, 200 S. Main St., Frankfort. Funeral services will be 11 a.m. Wednesday, January 12, 2022 at the funeral home. Janet’s granddaughter, Kathy Martin will conduct the service as a final tribute. Burial will be in Green Lawn Cemetery. Memorial donations may be made to any animal organization or Clinton Prairie Foundation, 2390 S. County Road 450 W., Frankfort, IN 46041.

Janet is survived by her husband William “Bill” Albitz of Frankfort, a daughter, Sandy M. Seager & Craig of Mulberry, a son, Andy L. Albitz and Michelle of Mulberry, 3 grandchildren; Kathy (Seager) and Alex Martin of Mulberry, Nick & Shelby (Wilson) Seager of Mulberry, Austin Albitz of Mulberry and 4 Great-grandchildren, Will and Hadley Martin and Mallory and Wes Seager.