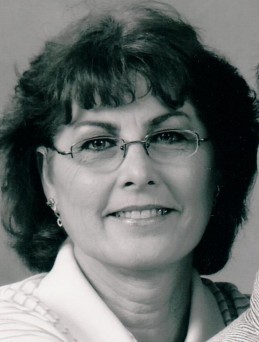 Janet Aneita Peterson 61, of Frankfort, died 2:12 a.m. April 15, 2014 at her home. Born November 14, 1952 in Monticello, KY to the late Lawrence & Lucy M. (Choate) Hollars. She married Curtis Peterson on March 17, 1974 in Kirklin and he survives. Janet was a 1971 graduate of Clinton Prairie. She was a paraprofessional, working for the Frankfort Schools; she also worked for Faith Family Childcare. She was a member of the Harmony Baptist Church in Frankfort. Janet enjoyed reading, walking and spending time with family, friends and especially her grandchildren.

Visitation will be 4-8 p.m. Thursday, April 17, 2014 at Goodwin Funeral Home and one hour prior to the service at the church. Services will be 2 p.m. Friday, April 18th at Harmony Baptist Church; 1635 Washington Ave., Frankfort, IN. Wayne Martin will officiate. Burial will be in Green Lawn Memorial Park. Memorial donations may be made to the Clinton County Cancer Fund.

11 Condolences for “Janet A. Peterson”