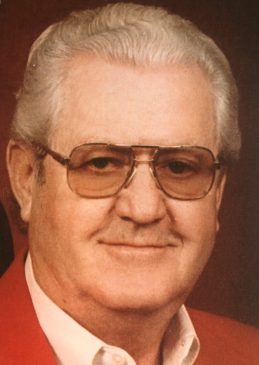 James William Selph was born in West Middleton, Indiana on March 9, 1935 to Barry Felder Selph and Harriet (Haskell) Selph. In 1948, the family moved to Russiaville, Indiana along with his younger sister, Patsy.

On March 29, 1959, he married the love of his life, Jo Ann. In 1964, Jim and Jo Ann moved to a home in Clinton County with their young son Timothy Michael. In 1965, they welcomed their 2nd son, James Todd. The couple celebrated their 61st wedding anniversary this past spring.

In 1957, he went to work for Nickleplate Road railroad as a brakeman. After 35 years of service, he retired in 1992. Through the years of his employment, he enjoyed many adventures and made lifelong friendships.  Throughout the years, Jim and his family enjoyed traveling with their camper seeing the United States. He had a great passion for automobiles and was the owner of many fine vehicles during his lifetime from which he derived great pleasure. He was an enthusiast of gospel and bluegrass music. He made many friends and had great times attending concerts and festivals where he and Jo Ann would clog and dance with joy. He possessed great personal style and was always dressed immaculately from head to toe including Stetson hats, cowboy boots and stunning suits. He loved jewelry and always sported gold and diamonds with personality and style. He was hard to miss in a crowd! In his later years after retirement, travel was less frequent but he enjoyed time at the local VFW and Eagles listening to music and dancing with his wife and friends. On July 29th, he left this world, peacefully, with his wife at his side.

He was cremated and will be laid to rest at Russiaville Cemetery alongside many family members who have gone before him. Graveside service will be held at 6 p.m., Saturday, August 22, 2020 at Russiaville Cemetery. Goodwin Funeral Home, 200 S. Main St., Frankfort, is assisting the family with arrangements. In lieu of flowers, the family asks that donations be made in his name to Frankfort VFW, 309 N. Main St. Frankfort, IN 46041.

He was preceded in death by his parents, sister, Patsy (Selph) Hyde and son, James Todd Selph.