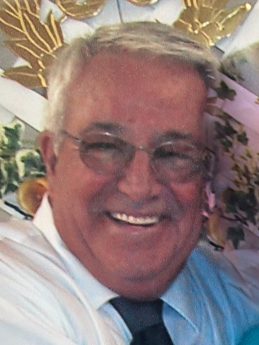 James Russel Unger, 88, of rural Frankfort, passed away February 15, 2022 in his home surrounded by family.  He was born May 8, 1933 in Randolph County, Indiana to the late John Russel and Edith Louise (Beck) Unger.  He recently celebrated 65 years of marriage to Sharon Kay Donoho, whom he married on September 7, 1956.

Jim was one of nine graduates of Young America High School in 1952.  After high school, Jim enlisted in the United States Army from May 4, 1953 to April 25, 1955 where he served in Japan during the rebuilding efforts following WWII.  Although he worked at Chrysler for 30 years, above all his life’s passion was being a farmer.

Jim attended Rossville United Methodist Church and was a member of the Masonic Lodge #318 in Rossville, where he was past Master, receiving his 50-year pin in October of 2019. He was also a member of the American Legion, AMVET, Indianapolis Scottish Rite, Shriners for 37 years, Eastern Star where he was Past Worthy Patron four times and “Rainbow Pop” for the Rossville Assembly #9 Rainbow Girls, and a current member of the Owen Township Advisory Board.

A man who never met a stranger, Jim’s great sense of humor and outgoing nature made him beloved by all. Jim loved fishing and boats, watching ball games, Farmall tractors, and he had several hobbies and collections throughout the years.

Memorial Donations may be made in Jim’s honor to the Rossville Masonic Lodge #318 or the Rossville United Methodist Church, with envelopes available at the funeral home.

He was preceded in death by his parents, brother William “Bill” Unger, and two sisters Margaret Louise Bennett and Carol Yrea Smith.