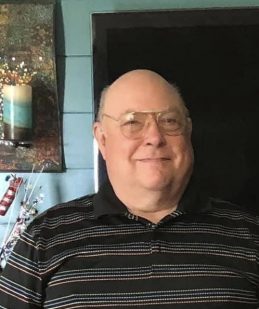 Jim was 1969 graduate of Clinton Central High School.  He lived the majority of his life in Clinton, Boone & Tippecanoe Counties.  He retired from Alcoa after working over 30 years.  He was in the Army National Guard.  Jim was involved in the 21st Century Greater Works Ministry and enjoyed guns, knives, hunting, fishing, riding his motorcycle, and was known as an outdoorsman.

Memorial visitation will be 2-4 p.m. Saturday, December 11th at the Archer-Weston Chapel, 501 E. Clinton St., Frankfort. Funeral service will follow at 4 p.m. Memorial donations may be made to the 21st Century Greater Works Ministry.

Jim was preceded in death by his parents and 1 sister.