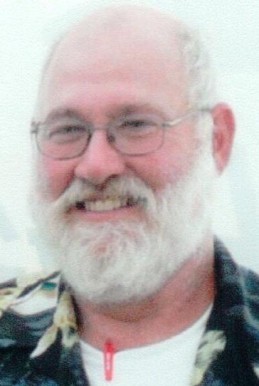 James R. “Jimbo” Bray 64 of rural Lafayette, died at 1:40 a.m. Thursday, December 3, 2015 at IU Health Methodist Hospital, Indianapolis.  Born April 10, 1951 in Lafayette, IN to the late Robert M. & Wanda A. (Lehman) Bray.  He married Pamela A. Maish on February 29, 1988 in Mulberry, IN and she survives.  Jimbo was a 1969 graduate of Wainwright High School. He retired after 33 years from Rea Magnet Wire in Lafayette. After retirement he worked construction at M & E Enterprises with John Ellison. His memberships include a lifetime member of the Mulberry Conservation Club, member of Tippecanoe Steam & Gas Power Association and he was a member of the NRA. He enjoyed fishing, mushroom hunting, playing euchre, and loved antique cars. Those who knew Jimbo knew he was passionate about his 1930 Model A Ford. He has taken his Model A eleven times up the hill at the Newport Hill Climb and he also enjoyed attending the Frog Follies Car Show in Evansville with his 1948 Panel Truck. He also enjoyed motorcycles and owned a Harley. Family and friends were most important to Jimbo, as he considered his friends to be his family.

Visitation will be 4-8 p.m. Friday, December 4, 2015 at Goodwin Funeral Home. Services will be 2 p.m. Saturday, December 5th at the funeral home. Burial will be in Wyandotte Cemetery, Tippecanoe County, IN. Memorial donations may be made to the Newport Hill Climb, c/o Newport Lions Club, P.O. Box 398, Newport, IN 47966. Envelopes will be available at the funeral home.