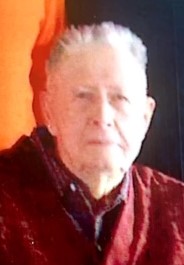 James was a 1942 graduate of Jackson Township High School and attended Purdue University.  He was a lifelong Clinton County resident and farmer.   He was a member of the First Evangelical Presbyterian Church and Farm Bureau Board Member.

A private graveside services will be held at Green Lawn Memorial Park.  Memorial donations may be made to Clinton County Cancer Fund.

James was preceded in death by his parents, wife and brother, Charles Anderson.