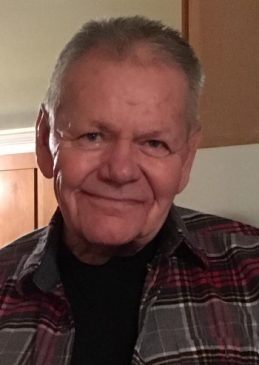 James L. Shoemaker 73, of Frankfort died at 5:21 p.m. February 4, 2017 at St. Vincent Hospital, Indianapolis.  Born January 12, 1944 in Frankfort, Ind., to Harry & Elizabeth (Waltrip) Shoemaker. He married Margaret Jacobs on May 22, 1970 in Frankfort and she survives. Jim was a 1962 graduate of Frankfort High School and was a lifelong Frankfort resident.  He was former co-owner & operator of Frankfort Automotive (NAPA) and retired from Mike Raisor Chevrolet in Frankfort.  Jim was an avid golfer.

Visitation will be Tuesday, February 7, 2017 from 5-8 p.m. at Goodwin Funeral Home. Services will be 1 p.m. Wednesday, February 8th at the funeral home. Burial will be in Bunnell Cemetery.

In addition to his parents, he was preceded in death by 2 brothers, Harry & Bob Shoemaker and a sister Jane Ann Miller.