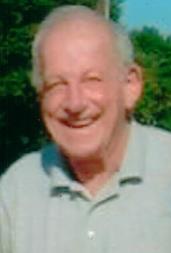 James Harry Potter 84, of Frankfort, IN, died at 5 a.m. October 26, 2013 at Clinton House Health and Rehabilitation Center. Born August 28, 1929 in Clay Center, KS to the late Dr. William & Enid (Smith) Potter. He married Mary Lou Johnson on March 19, 1954 and she preceded him in death on September 19, 2003. Mr. Potter was a 1947 graduate of Clay Center High School. A veteran of the U.S. Air Force, he served from December 1, 1948 until May 28, 1950. Mr. Potter owned and operated Potters campground in Cicero, Indiana for many years. After he retired, he moved to Texas in the Rio Grand Valley and became part time stock broker in his spare time.

In addition to his parents and wife, he is preceded in death by a daughter, Penny Martin.