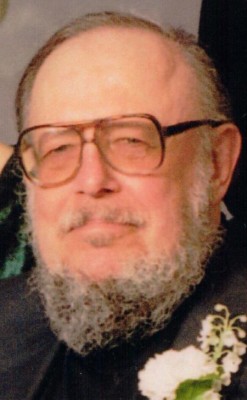 James Gary Skifstad, 78, of West Lafayette, IN, passed away at 10:35 p.m. Monday, September 2, 2013 at Wesley Manor. Born May 17, 1935 in West Chester, PA. He married Patricia Stewart on December 22, 1956 in River Forest, IL and she survives. Prof. Skifstad was a 1953 graduate of J.W. Sexton high school in Lansing, MI. He attended Michigan State University and graduated in 1957 with a Bachelor of Science in Mechanical Engineering where he was inducted into the honorary societies of Pi Tau Sigma and Tau Beta Pi. He then attended Purdue University where he earned his Masters and PHD in Mechanical Engineering.

Upon completing his graduate study at Purdue he spent two and half years in the Air Force at the Aerospace Research laboratories, Wright Patterson Air Force Base, Dayton, Ohio, where he served from November 4, 1963 to May 15, 1966 and conducted research on arc plasmas. Returning to Purdue to join the faculty at the Jet Propulsion Center, he became involved in research on the combustion of boron in air-augmented rockets, and in the area of the aerodynamic interactions of jets in VTOL aircraft. From 1967 to 1969 he served as Associate Director of Project SQUID, an Office of Naval Research program in jet propulsion. In September of 1971, he took a year’s leave of absence from Purdue to engage in research on chemical lasers at the Army Missile Command, Redstone Arsenal, Alabama. He published extensively in professional journals and he received the Journal of American Aircraft award from the American Institute of Aeronautics and Astronautics for his article on VTOL Aircraft. A Professor of Mechanical Engineering at Purdue University, he taught for 37 years and retired as Professor Emeritus in 2003. At Purdue, he mentored many Masters and Ph.D. students who have gone on to become industry leaders. He enjoyed teaching and challenging his students to grow.

A voracious reader and collector of technical books, Professor Skifstad taught himself to read both German and Russian to better understand the greatest minds in his field. Always looking to learn more, his pursuits outside of academia spanned a wide variety of disciplines: from abstract math, particle physics and string theory to computer architecture and environmental activism.
Late at night, one would often find him immersed in a book, with classical violin music playing on the stereo. Summer days and Sunday mornings were filled with tennis matches, and vacations were spent at his Lake Michigan home where he enjoyed sailing at the foot of Sleeping Bear Sand Dunes. Friends and family knew him as a quick wit that kept everyone on their toes and his children and grandchildren will remember him for games of catch and the model airplanes they built and flew together.

Private family services will be held. Burial will be in Brookside Cemetery in Scottville, MI where his parents are interred. Donations in memory of Jim may be made to the Engineering Library at Purdue (donate.purdue.edu) or the IN chapter of the Alzheimer’s Association (alz.org/indiana/in_my_community_donate.asp)