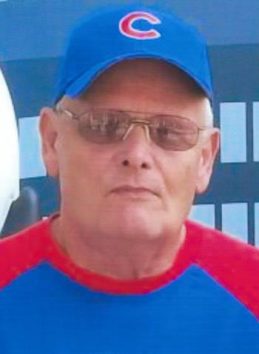 James was a graduate of Clinton Central High School and lived the majority of his life in Clinton County.  He was a tool & dye maker at Federal Mogul for over 30 years, retiring in 2011.  James was baptized at the Woodside Christian Church.  He was past president of the Union at Federal Mogul.  He loved to golf, and was an avid Chicago Cubs fan, traveling the United States to watch games. His greatest joy was taking care of and spending time with his grandchildren and great granddaughter, even if that meant he was their “uber” driver as he would call it. With a lot of hard work and love, James and his family built the log cabin that he and his wife live in.

Visitation will be 3-5 p.m. Wednesday, October 3, 2018 at Goodwin Funeral Home, 200 S. Main St., Frankfort. Services will follow at 5 p.m. at the funeral home. Burial will be in Green Lawn Cemetery.

In addition to his parents, he was preceded in death by three brothers, Keith Zook, David Zook and Douglas Henderson.