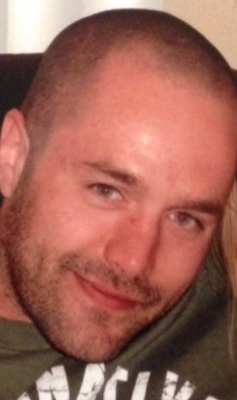 James D. Ford, 36 of Michigantown, passed away 8:23 p.m. Sunday, September 14, 2014. He was born on November 2, 1977 in Frankfort, IN to Ronnie & Judy (Atkinson) Ford.
He married Angie Hunter on May 9, 2014 and she survives. Mr. Ford worked in Construction and operated J’s Drywall and home repair. He attended Frankfort High School and was a member of Fairborn Community Tabernacle in Fairborn, OH. He enjoyed his music especially The Eagles.

A memorial service will be held at 11 a.m. Friday, September 19, 2014 at the Goodwin Funeral Home. Friends may visit one hour prior to services. Memorials may be made to the charity of choice. Pastor Nathaniel Moore will conduct the services.

He was preceded in death by his Paternal Grandfather, Merritt Ford and his Maternal Grandparents, Orval & Sarah Atkinson.