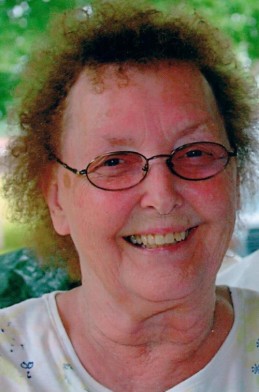 Jacquelyn Alberta (Walters) Coffman 82, of Frankfort, IN, passed away into everlasting life on Wednesday, July 30, 2014 at 9:05 p.m. Born October 30, 1931 in Frankfort, Indiana to the late Commodore “Honk” Walters & Naomi (Pickering) Walters. She lived her entire life in Frankfort. She was formerly married to Glenn H. Coffman. She was baptized in the First Baptist Church. She was kitchen manager for the Key West Shrimp House. She was an excellent cook and pie baker. Jacquie loved to cook for her family and furnished pies to the family and neighbors in her later years. She loved writing and having her poetry published.

Funeral service will be 3 p.m. Sunday, August 3, 2014 at the Green Lawn Cemetery Chapel of Peace. Burial will be in Green Lawn Memorial Park. Memorial donations may be made to the Clinton County Cancer Association.

7 Condolences for “Jacquelyn A. Coffman”