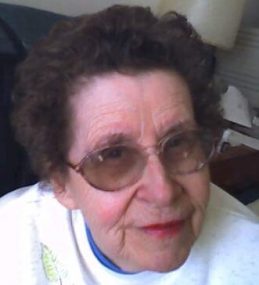 Ioa Marie Pickens Reese was born on May 29, 1920, in Chicago, IL to Reo Noble and Josephine W. (DeGroote) Pickens. She graduated from Proviso High School in Maywood, IL in the spring of 1938. She attended the Chicago YMCA College and the Purdue University College of Agriculture Horticulture option.

She worked switchboard and desk at Amlings in Chicago, answered Christmas problem letters at Montgomery Ward catalog office in Chicago, traced US Army soldiers and corrected the addresses on misdirected war bonds including checking file records for proper name and unit, but resigned rather than take downgrade as proposed at Pres. Truman’s inauguration. She started as secretary to several buyers and to one Catalog Division Sales Manager at Sears, Roebuck & Co. After an automobile accident, she worked as a typist for an Ingleside, IL Real Estate Agent. In her free time, she spent hours tending to her multitudes of plants and researching genealogy for her growing family tree.

Ioa and Kenneth were members of First Christian Church of Frankfort from summer of 1983 to shortly after Kenneth’s passing in October 2002. She was a member of First Christian Church of Downers Grove (Disciples of Christ), Clinton County Historical Society, Friends of the Frankfort Public Library, Clinton County Hospital Foundation, A Life Member of the Purdue Alumni Association, and of the National Association of Retired Federal Employees.