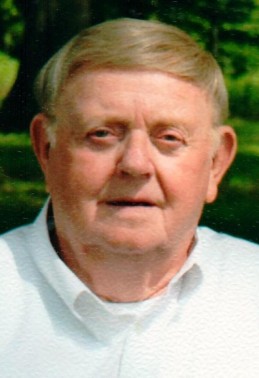 Harold W. Stowers 78, of Frankfort, IN, died at 6:40 a.m. June 2, 2013 at I.U. Health Arnett, Lafayette, IN. Born February 25, 1935 in Sugar Creek Township of Clinton County to Chester L. & Effie P. (Alexander) Stowers. He married Brenda J. (Stewart) Wheet on February 27, 1970 in Gallatin, TN and she survives. Mr. Stowers was a 1953 graduate of Sugar Creek High School and a lifelong Clinton County resident. He was a veteran of the U.S. Army and was in the Army Reserves for 8 years. Owner of Stowers Trucking Company for 36 years, he then was an operator at ADM for 38 years, retiring in 1997. He was a member of the Moose Lodge. Harold was an honest hardworking man and loved gardening.

Services will be 10:30 a.m. Thursday, June 6th at Goodwin Funeral Home. Visitation will be Wednesday, June 5th from 4-7 p.m. at the funeral home. Entombment will be in Green Lawn Mausoleum. Memorial donations may be made to the National Kidney Foundation.

His parents and brother, Giles Stowers.