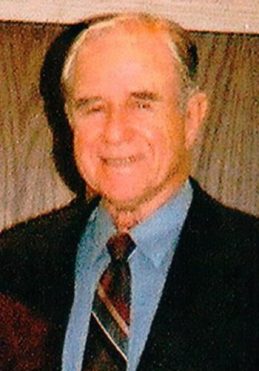 Harold Vernon McKinney, 100, of Frankfort, died at 5:20 a.m. July 22, 2017 at Wesley Manor.  Born November 11, 1916 in Scircleville, Ind. to Glenice & Fern (Price) McKinney.  His marriage of 62 years was to Vera G. Beard on July 27, 1941 and she preceded him in death on April 4, 2003.  He then married Eulalia Maxine Weaver on January 24, 2007, and she survives.  Harold was a 1935 graduate of Scircleville High School and a 1940 graduate of Purdue University with a BS in Ag Science.  He taught Agriculture and Science at Clinton Central for 36 years, retiring in 1978. He was also a lifelong farmer.  A lifelong Clinton County resident, he spent 36 years enjoying Florida in the winter.  Harold was a member of the Kirklin Christian Church.  He was a former Mason, started the FFA in Michigantown in 1956 and was active in 4-H.  Harold enjoyed playing euchre, woodworking, garage sales and flea markets, fishing, and repairing bicycles in Florida.  He loved spending time with his family & friends.

Visitation will be 4-8 p.m. Thursday, July 27, 2017 at Goodwin Funeral Home. Funeral Services will be 10:30 a.m. Friday, July 28th at the funeral home. Burial will be in Oak Hill Cemetery, Kirklin. Memorial donations may be made to the Michigantown Christian Church or Clinton Central FFA.

In addition to his parents and his first wife, he was preceded in death by a son, Ned McKinney, Daughter-in-Law, Rosie McKinney, great grandson, Connor McKinney, 2 sisters and 1 brother.