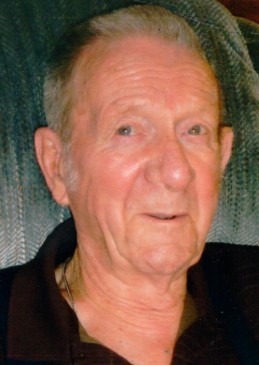 Harold L. Cohee 91, of Mulberry, Indiana, died at 12:15 p.m. August 18, 2014 at his home. Born August 6, 1923 in Cambria, Indiana to the late Leon & Elsie (Dellinger) Cohee. He married Rebecca G. Rogers on March 14, 1948 and she preceded him in death on October 2, 1994. He then married Elizabeth (Kingery) Sheets on July 18, 1998 and she survives. A longtime Clinton County resident, Harold attended school in Beard and was a 1941 graduate of Michigantown High School. He was a WWII veteran of the U.S. Air Force, was a T-Sgt on a B-24 Bomber Crew, 736 Bomb Squad 454th Group, was radio operator and gunner, and flew missions from Southern Italy, acquiring 2 purple hearts. Harold was a farmer and was chief mechanic for Farmers Implement in Frankfort, IN. He was a 50 year member and Past Master of the Beard Masonic Lodge. He enjoyed building and collecting clocks, raising and canning his peaches and he loved old cars, tractors.

Visitation will be Friday, August 22, 2014 from 5-7 p.m. at Goodwin Funeral Home with a Masonic Memorial Service at 7 p.m. Services will be 10:30 a.m. Saturday, August 23rd at the funeral home. Burial will be in Green Lawn Memorial Park. Memorial donations may be made to the Clinton County Cancer Fund.