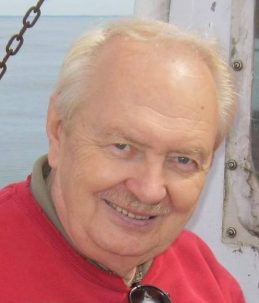 Richard was a 1957 graduate of Frankfort High School.  He owned Richard’s Furniture and Bedding for 46 years and previously worked at both Mallory’s and General Foods, where he was a supervisor.  He was a member of St. Mary’s Catholic Church where he served on the Parish Pastoral Council.  He was a veteran of the U.S. Air Force.  Richard was past president of Board of Zoning Appeals, and a member for 12 years, president of City Planning Commission and a member for over 20 years, past president of Frankfort Airport Authority and holds the distinction of being the only member to be President of Board of Zoning Appeals, City Planning Commission and Frankfort Airport Authority all at the same time.  He was also a member of the Alcoholic Beverage Commission for Clinton County, a member of Knights of Columbus, Moose and Eagles in Logansport, past president Frankfort Rotary Club, and past membership Chair of Rotary District 6560, member International Brotherhood of Magicians where he was awarded the Order of Merlin for having served in the IBM for over 35 years, former president and member of the Bob Hurt IBM Ring 219 in Lafayette.  He was a Las Vegas Historian and helped write two books, one of which is titled “When The Mob Ran Vegas”.

Visitation will be 1-3 p.m. Tuesday, November 24, 2020 at St. Mary’s Catholic Church Muller Hall. Mass of Christian Burial will be 3 p.m. Tuesday following the visiting at St. Mary’s Catholic Church, 600 S. Mary’s Ave., Frankfort. Military Rites will follow the funeral mass at the Chapel of Peace Mausoleum at Green Lawn Cemetery in Frankfort. Memorial donations may be made to Clinton County YMCA or Clinton County Boys & Girls Club. Out of respect for the health, safety, and comfort of all in attendance, guests will be expected to adhere to current CDC guidelines regarding appropriate social distancing and the wearing of masks.

He was preceded in death by his parents and his brother Paul.