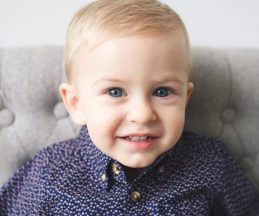 Visitation will be Friday, August 19, 2016 from 2-8 p.m. at Goodwin Funeral Home. A Celebration of Life service will be 10:30 a.m. Saturday, August 20th at the funeral home. Karl Kercheval will officiate the service. Burial will be in Scotland Cemetery. Memorial donations may be made to the Riley Hospital PICU; c/o Riley Children's Foundation; 30 S. Meridian St., Suite 200, Indianapolis, IN 46204, envelopes will be available.