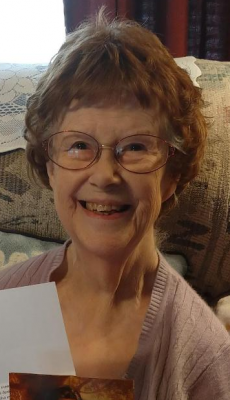 Grace M. Ducas of Jefferson Indiana one of Jehovah’s Witnesses fell asleep in death at the age of 90 on March 2, 2022 at Creasy Springs in Lafayette Indiana.

She always had a love of the bible and when her and her grandmother were contacted by   Jehovah’s Witnesses in the door-to-door ministry they both began to study the bible and later dedicated their lives and were baptized at a large convention. Grace had a talent that only some knew about, she could look at a picture of flowers and in a matter of minutes draw it and then hand it to you and say “that was easy to draw”. Grace had a favorite saying and said it many times throughout her life “Too soon we’re old, Too late we’re smart”. Grace also loved to travel to attend the many Conventions of Jehovah’s Witnesses even traveling to 9 different countries to do so.

Grace met her husband in Boston at an airport on her way to attend a convention. She said she was just standing there minding her own business when Mike walked up to her and introduced himself. Their friendship grew into love and they were married in 1961.

Grace looked forward to a time that she had learned in her study of the bible and had great faith that’s found at Revelation 21:3-4 which promised “And he (God) will wipe out every tear from their eyes, and death will be no more”.  Grace will be deeply missed by all who knew her.

her husband Mike, her mother and grandmother.