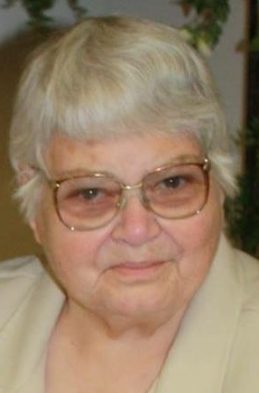 Glenda Sue Baker 82, of Frankfort, Ind., died at 8:55 a.m. January 18, 2017 at Wesley Manor. Born February 15, 1934 in Frankfort, Ind., to James & Bessie (Renick) Leach.  She married Frederick Omer Baker on May 26, 1962 in Colfax, Ind., and he preceded her in death on May 17, 2016. Mrs. Baker was a 1951 graduate of Frankfort High School.  She worked in the office at National Cigar Co. in Frankfort, retiring in 1995.  She attended Victory Chapel.  Glenda enjoyed antiques, collecting Rose dishes, collecting and building her Christmas village and especially enjoyed her family.

Visitation will be 4-8 p.m. Friday, January 20, 2017 at Goodwin Funeral Home. Services will be 11 a.m. Saturday, January 21st at the funeral Home. Burial will be in Bunnell Cemetery at a later date. Memorial donations may be made to the TPA Christmas Light Fund.

In addition to her parents and spouse, she was preceded in death by a brother, Ronnie L. Leach.