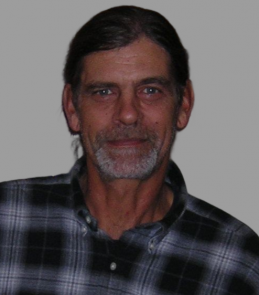 George was a 1969 graduate of Frankfort High School where he was a varsity athlete lettering in football and baseball.  As an All Star pitcher he was recruited by the Indianapolis Indians prior to his service in the US Army.  He was a proud veteran and was a recipient of the Bronze Star with Oak Leaf Cluster and a Purple Heart during his courageous service of 14 months in the artillery in the Vietnam War.

George was a self-employed contractor, owner of Myers & Son in Lafayette, building everything from Purdue dormitories and apartments and custom homes to the restoration of the Fowler House.  He was master carpenter and many homes are graced by his skillful touch. George was a Frankfort Morning Times and Indianapolis Star paper boy from 8 years old until he was a sophomore and was awarded Paper Boy of the year. He was an avid fan of all sports and especially enjoyed watching his favorite teams, the Boilers, Bears and Cubs.  He loved the great outdoors, camping, mushroom hunting and touring the beautiful USA. George was a fierce defender of family and country.  He was a devoted and loyal son, brother, father, grandfather, great grandfather, uncle and friend. As one of his friends said, “When I met George, I walked away a better person”.  He will be greatly missed.

Visiting will be from 1 – 3 pm on Saturday, October 22, 2022 in Goodwin Funeral Home, 200 S. Main Street in Frankfort. A funeral service will begin at 3 pm following the visitation. Pastor James Grady will officiate with full Military Honors. Donations may be made in George’s name to the food pantry of your choice.