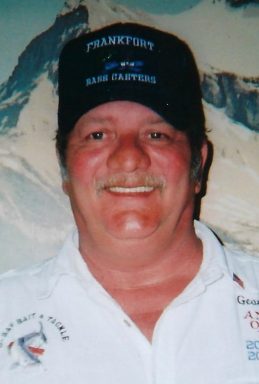 George Anthony Miller, 65, of Frankfort, died March 29, 2022 at his home.  He was born September 7, 1956 in Louisville, KY to Mitchell Miller Sr. & Theresa Marie (Durbin) Miller.  He was formerly married to Rebecca Miller.

George attended school in Peoria, Ill.  He worked for Armcore, building & maintaining railroad track.  A veteran of the U.S. Army, he served from January 31, 1974 to September 16, 1975.  George enjoyed fishing and was a member of Bassmaster’s and North American Fishing Organization.  He was also known as a hunter enthusiast who loved the outdoors.

Visitation will be 8:30-10:30 a.m. Sunday, April 3, 2022 at Goodwin Funeral Home. Funeral service will begin at 10:30 a.m. Sunday at the funeral home with his nephew Mitchell Miller officiating. Burial will be in Green Lawn Memorial Park. Memorial donations may be made to Clinton County Humane Society, P.O. Box 455, Frankfort, IN 46041.

In addition to his parents, he was preceded in death by brothers, Mitchell Miller Jr, Travis Lagston, sisters, Sharon Gale and Tina Seng and a nephew, Trevor Miller.