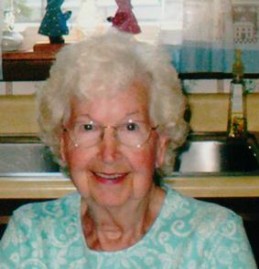 Garnet graduated from Burlington High School (Carroll County) in 1941. In 1950 she moved to Michigantown, IN and has been a resident there since. She Retired from National Seal (Federal Mogul) in Frankfort where she worked from 1964-1985. She was a former member of the Michigantown United Methodist Church. Garnet was a loving mother and grandmother. She enjoyed spending time with her family and cooking.

Visiting with family and friends will be 12 noon-2p.m. Tuesday July 15, 2014 with Funeral Service at 2 p.m. Tuesday July 15, 2014. Both to be held at the Wesley Manor Chapel with Barbara Kinsler officiating. Burial to follow in Whiteman Cemetery, Michigantown, IN. Memorials may be made to the Wesley Manor Memory Care unit. Goodwin Funeral Home is assisting the family with services.