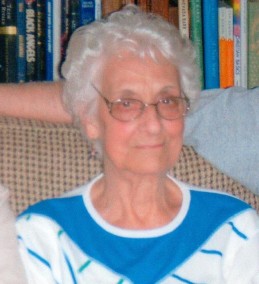 Marion M. Reed Frye, 91, of Lafayette, IN died at Thursday, January 9, 2014 at IU Health Arnett, Lafayette, IN. She was born January 12, 1922 in Clinton County to Jesse E. and Rosa (Fink) Reed.
She married John O. Frye II on November 29, 1941 in Mulberry and he preceded her in death on July 20, 1976. Marion grew up in Clinton County and attended Kirklin Schools. She moved to Lafayette in 1945. She lived in Logansport from 1973 to 1989 when she moved back to Lafayette. She was Co-owner of National Sales Company, Inc. She was a member of Bethel Christian Church and Quilting club in Logansport.

Graveside services will be held at 2:30 Saturday, January 11, 2014 at Bunnell Cemetery, Frankfort, IN. Memorial donations may be made to the Wounded Warriors. Goodwin Funeral Home is assisting the family with arrangements.

One Condolence for “Marion M. Frye”