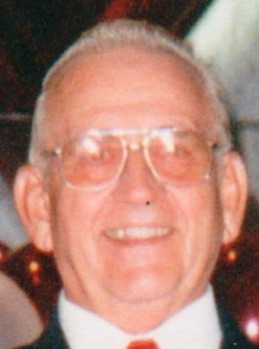 Fredrick Keith Coffman 86, of Frankfort, IN, died at 3:50 a.m. Monday, November 2, 2015 at Wesley Manor.  Born October 2, 1929 in Frankfort to Linden Arthur & Edith Mae (Biddle) Coffman.  He married Joyce Joan Smith on November 9, 1950 in Lafayette and she preceded him in death on June 3, 2015.  Keith attended Frankfort High School. He was a veteran of the U.S. Navy. Keith retired from Alcoa after working there for 30 years. After retirement he started his own business as a general contractor. He was of the Christian Faith. He enjoyed traveling woodworking, restoring old cars, being outdoors, fishing, hunting and spending time with his family at their cottage on Lake Freeman, which he built.

Visitation will be Saturday, November 7, 2015 from 9:30 -11 a.m. with the service beginning at 11 a.m. at Goodwin Funeral Home. Ken Rushing will officiate. Burial will be in Green Lawn Memorial Park. Memorial donations may be made to the Employee Appreciation Fund, c/o Wesley Manor, 1555 N. Main St., Frankfort, IN 46041.

a great grandson, Hayden Carter and a brother Glenn Coffman.