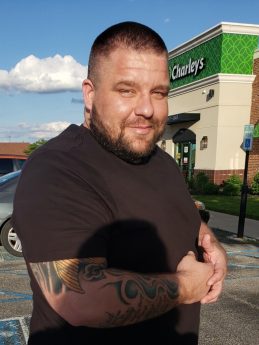 Frank was a 2004 graduate of Frankfort High School and attended Purdue University.  He was a supervisor at Wabash National, Lafayette.  He enjoyed going to the gym, basketball, and was a big Kobe Bryant fan. He attended NA meetings, became a group leader, considered them his family and throughout his time there, it brought a new meaning to his life.  His greatest joy was spending time with his children and companion.

Visitation will be 3-6 p.m. Saturday, July 25, 2020 at Goodwin Funeral Home, 200 S. Main St., Frankfort. Memories will be shared during the funeral service beginning at 6 p.m., at the funeral home. Burial will be held at a later date at Bunnell Cemetery. Memorial donations may be made to care for his children, c/o Kala Hibbard.

He was preceded in death by his grandfathers and a grandmother