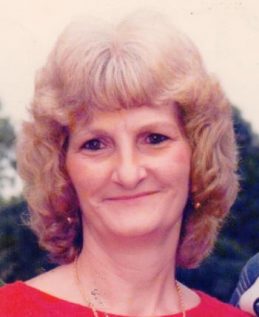 Frances E. “Fran” Jaggers, 70, of Frankfort, died May 18, 2017 at her home. Born April 9, 1947 in Lafayette, Ind., to Leonard Shipley & Virginia R. Stowers.  She married David L. Jaggers on April 13, 1985 at the Scotland Christian Church and he survives. Fran was a 1965 graduate of Clinton Central High School.  Growing up, she made her home with Charles & Katherine King of Kirklin, and Katherine survives.  She had formerly worked at Mallorys in Frankfort, was manager of the Frankfort Pizza King for 13 years and then worked for her brother-in-law, Wink Jaggers at his dealership in Lebanon for over 30 years.  Fran enjoyed antiques, flea marketing, flowers, birds and dogs.  She is survived by her favorite Scottie dog, Anna Marie.

Private family services will be held.

In addition to her parents, she was preceded in death by a brother, Jerry Lee Shipley, a sister, Brenda K. Pieper and a brother-in-law, Wink Jaggers.