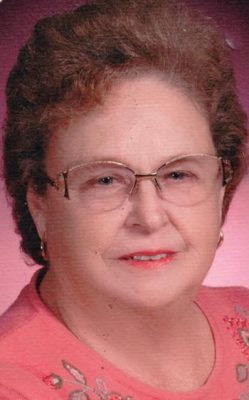 Mrs. Zarifis was 1944 graduate of Rossville High School and a graduate of Huffer Beauty School.  She was a longtime Clinton County resident except for 3 years in Oakridge Tennessee.  Emmagene was a beautician for Huffer Beauty Shop and worked at P.R. Mallory for 10 years.  She attended Union Baptist Church.  She later became a member of the St. Mary’s Catholic Church in Frankfort and was a member of the Ladies of Charity and The Rosary Society.  She enjoyed gardening, flowers and traveling.  Emmagene traveled many places including; Africa, Canada, Tanzania, Istanbul, Athens, Europe, Mexico and the United States, including Hawaii and Alaska.

In addition to her parents and husband, she was preceded in death by an infant daughter, Betty Christine Harshbarger, son, William Glenn Harshbarger Sr. and step-son, Dr. Gavin Aitkens.