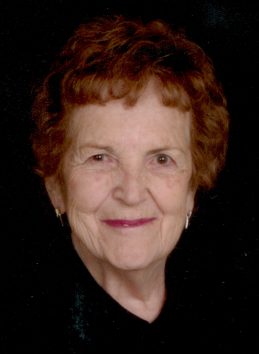 Elma Maxine Maish 97 of Frankfort, died April 30, 2017 at Wesley Manor.  Born June 30, 1919 in Forest, Indiana to Theodore Carl and Vessie Berle (Alter) Merrick. She married William Mordecai Maish on September 2, 1937 in Frankfort and he preceded her in death on January 31, 2011.  Maxine graduated in 1936 from Forest High School and graduated from Purdue University with a bachelor’s degree in nursing.  She worked in surgery at Tipton Memorial Hospital and in the Emergency Room at the Clinton County Hospital.  She was a member of the First Evangelical Presbyterian Church.  Her memberships included the Friday Study Club, PTA. WSCS, Clinton County Home Extension Club and she was a Master Gardener.

Visitation will be 10-11 a.m. Thursday, May 4, 2017 with the service beginning at 11 a.m. at Wesley Manor Chapel. Services will be officiated by her grandson, Rev. Christopher Smith. Burial will be in Green Lawn Memorial Park. Memorial donations may be made to the First Evangelical Presbyterian Church.