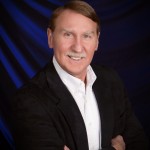 Dr. Milstead was a 1971 graduate of Forrest-Strawn-Wing High School.  He served in the U.S. Air Force during the Vietnam War from 1971 – 1975 as a B52 tail gunner.  After the war he received his undergraduate degree from Southern Illinois University and went on to graduate from Southern Illinois University School of Medicine in 1982.  He was an Emergency Room physician at the Clinton County Hospital in Frankfort, Indiana for many years, serving also as the ER director.  Dr. Milstead was also an ER doctor for Union Hospital in Terre Haute, until October 2015.   Jim was an active member of the First Evangelical Presbyterian Church in Frankfort, Indiana where he served as a mission team leader, a deacon and an elder.  He and his wife had been involved in short-term mission work around the world for more than 20 years.  He was Chairman of the Board of Directors for Hope in the Harvest Missions International, a non-profit organization working in Liberia, as well as medical director for Grace on Wings, the nation’s only charity air ambulance service. Dr. Milstead published two books, No Other Choice and Answering the Call.

Visitation will be 4-8 p.m. Monday, March 14, 2016 at the Goodwin Funeral Home, Frankfort, Indiana. Services will be held at 11 a.m. Tuesday, March 15, 2016 at the First Evangelical Presbyterian Church, 352 W. Clinton St., Frankfort, IN 46041. Friends may also visit one hour prior to services at the church. Pastor Paul Copeland will officiate. Burial will be in Green Lawn Cemetery, Frankfort, Indiana. In lieu of flowers the family request donations be made to Hope in the Harvest, c/o First Evangelical Presbyterian Church at the address above or Grace on Wings, P.O. Box 42788, Plainfield, IN 46242 or online at graceonwings.org.