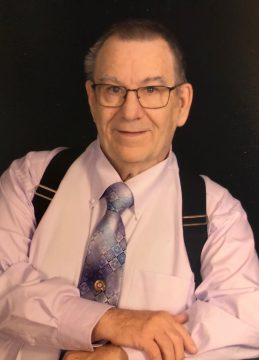 Doyle was a 1963 graduate of Monroe High School in Preble County, Ohio and graduated from Sinclair College with a degree in dietary management.  He lived up in Ohio until 1995 when he moved to Indiana. Doyle was owner of Doyle’s Catering Service, designed wedding cakes, worked in nursing homes, became a dietary manager and worked in Miami Valley Hospital.  He had also worked at Emma’s Pizzeria from 1995-1998.  He was an active member of the First Evangelical Presbyterian Church, where he was a deacon, Stephen Minister, enjoyed singing in the choir, participated in the Emmeus Walk at least 20 times, was on the Christles Board, worked in the jail through Emmeus prison ministry and worked on “The Great Banquet”.   Doyle was a volunteer for Meals on Wheels, served several years on the Clinton County Election Board and collected eagles.

In addition to his parents and his first wife, he was preceded in death by a grandchild, sister, Judith Denlinger, brothers-in-law, Ray Burns, Robert Stoner and Robert Layman and sisters-in-law, Bonita Burns and Carolyn Stoner.