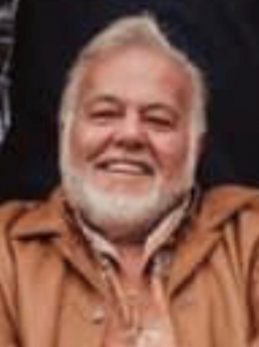 Express your sympathy by sharing this obituary with family and friends.
Doug G. Pickrell, 69, of Spencer, IN and formerly of Frankfort, died Jan. 11, 2023 in his home surrounded by family. He was born on Jan. 26, 1953 in Trenton, NJ to John N. and Dorthy (Sullivan) Pickrell. He married Brenda C. Engle on Aug. 11, 1973 in Bloomington, IN and she survives.
Doug was a 1972 graduate of Noblesville High School. He served as a Military Policeman in the United States Army stationed in Fort Hood, TX from 1976 to 1980. He lived in Frankfort for 33 years before moving to Spencer in 2012. Doug worked for Sun Chemical in Frankfort for over 20 years. He was a member of the Frankfort Eagles Aerie 976. Doug was an avid card player and enjoyed playing pool and bowling, but his greatest love was spending time with family and watching his family play sports.
Memorial donations may be made in Doug’s honor to the Tanya Pickrell Memorial Scholarship Fund or the Clinton County Humane Society with envelopes available at the funeral home.

A Memorial Service will be held at 2 p.m. Friday Jan. 20, 2023 at Goodwin Funeral Home, 200 S. Main St., Frankfort. Friends may visit 1 p.m. until the time of service at 2 p.m. at the funeral home. Burial will take place in the Cicero Cemetery.

He was preceded in death by his parents, sister, son: J.R. Pickrell, and daughter: Tanya Pickrell