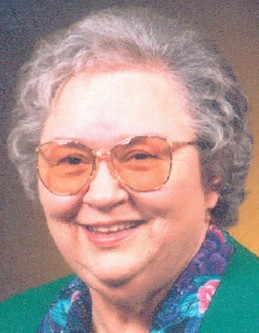 Dorene M. (Ferguson) Wells, 80 of Frankfort, died at 4:15 PM Thursday, February 12, 2015 at St. Vincent Frankfort Hospital.  Born November 19, 1934 to the late Omar “Red” & Dessie Mae Birch Ferguson in Springfield, Illinois “under a pear tree”. She was raised and educated in Jefferson, Indiana.  She was a past Parent Teacher Association (PTA) President (Woodside Woodchuck Elementary School). Regional President of PTA. An active member of Woodside Christian Church since 1965, Sunday School teacher, Dorcas Circle facilitator and member, Choir Member, Communion Preparation Coach and church Greeter. Dorene loved sports. As a student she was a standout for the Jefferson, Indiana Basketball team. Dorene also enjoyed bowling in the local bowling league at the Bowl-N-Bun where she won many awards for high scores and team spirit. Orchestra Parent/Sponsor for her three children from 1961-1981. 4-H leader for over 10 years with the “Twilighters Club”. She also enjoyed a spirited game of euchre with the Frankfort Euchre Club.  Her marriage was to Edward F. Wells on April 9, 1950 in Frankfort. He preceded her in death on June 23, 2006.  She had formerly worked at the Nickle Plate Restaurant, Schiff Shoes, Frankfort Nursing Home and the Methodist Children’s Home in Lebanon.

Services will be held at 3 p.m. Monday, February 16, 2015 at the Goodwin Funeral Home in Frankfort. Entombment will follow at the Green Lawn Mausoleum will follow. Friends may visit from 1 p.m. until the time of service. Memorials may be made to the Woodside Christian Church.