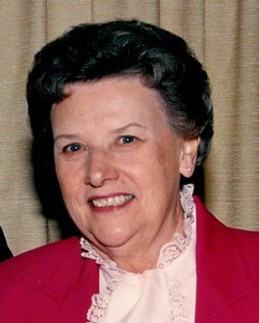 Donna worked at Raybestos in Crawfordville before retiring in 1985 from National Seal where she worked as an inspector. She was raised in Mulberry and lived her adult life in Dayton, Hillisburg area, Darlington, California, Frankfort and Lake Holiday before moving to Wesley Manor on June 1, 2003. She was a member for over 60 years of the Order of the Eastern Star (Past Worthy Matron of Hillisburg and Darlington O.E.S.

Funeral Services will be held at 3 p.m. Tuesday, August 11, 2015 at the Goodwin Funeral Home. Friends may visit from 1 until the time of services. Burial will be in Fair Haven Cemetery in Mulberry. Memorials may be made to the charity of the donor’s choice. Online condolences may be made at goodwinfuneralhome.com

She was preceded in death by her Husband, a daughter Sharon Bennett March 10, 2015, and 2 Great Grandchildren.