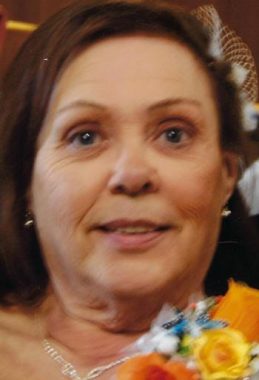 Donna J. Shaw, 74, of Frankfort, died at 11:10 p.m. August 24, 2018 at her home.  Born January 10, 1944 in Monticello, IL to Frank S. & Mary (Griffith) Kiger.  She married Robert B. Johnson and they divorced.  She then married Jack Shaw on April 17, 1982 and he preceded her in death on September 16, 1999. Donna lived in Knawbone, Columbus and Bloomington, Ind., before moving to Frankfort.  She was a CNA, working at Clinton House, Hoosier Village, and Wesley Manor.  She also worked at Prairie Industries, RCA and retired from Emerson Controls in January 2004.  She was a member of the Baptist Church.

Visitation will be 4-7 p.m. Friday, August 31, 2018 at Goodwin Funeral Home, 200 S. Main St., Frankfort. Funeral services will be 11 a.m. Saturday, September 1, 2018 at the funeral home. Burial will be in Bunnell Cemetery. In lieu of flowers, the family request donations be made to Guardian Angel Hospice.

In addition to her parents, she was preceded in death by sisters, Wanda Kiger, Deloris Bray, and Jenny Click brothers, Charles Franklin “Pete” Kiger and Jessie Kiger and granddaughter, Felicia Ann Green.