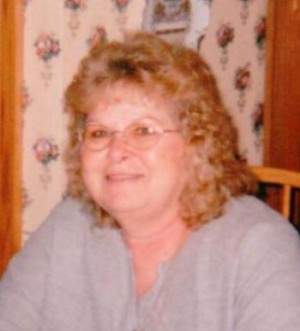 Express your sympathy by sharing this obituary with family and friends.
Donna J. Moore 66, of Frankfort, IN, died January 20, 2013 at her home. Born August 13, 1946 in Frankfort, IN to Lester & Nina (Garrett) Sheets. She married Jerry J. Moore on July 31, 1966 and he survives. Mrs. Moore was a graduate of Frankfort High School and a lifelong Frankfort resident. She worked at Carr Cabinets, Peter Paul, Crellin and retired from Mallory Controls/Emerson. She is a member of the Cornerstone Assembly of God. Donna enjoyed spending time with her family and friends.

Donna was preceded in death by a son, Jason Moore, sister, Vickey Robinson and her parents.