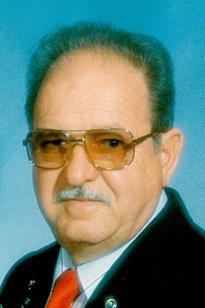 Mr. Hackett retired in December 2002 from the Waste Water Treatment Plant in Frankfort where he worked as a Lab Technician. He worked for the former Unarco Rohn Company from 1962-1968. He was a 1956 graduate of Frankfort High School, a member of the Elks Lodge #560 (Past Exalted Ruler), Eagles Lodge, Sons of the American Legion and was a lifetime member of the Moose Lodge #7.

Services will be held at 10:30 a.m. Wednesday, November 26, 2014 at the Goodwin Funeral Home. Friends may visit from 4-8 p.m. Tuesday, November 25, 2014 at the funeral home. Shan Sheridan will officiate the service. Burial will follow at Green Lawn Memorial Park. Condolences and shared memories may be left at goodwinfuneralhome.com