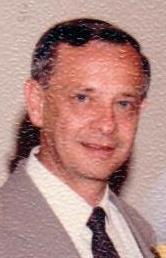 Donald Joseph Eads 76, of Frankfort, IN, died at 4:53 p.m. March 19, 2016 at his home.  Born May 14, 1939 in Michigantown, IN to the late Roscoe & Dortha (Johnson) Eads.  He married Karen (Pearcy) Eads on August 9, 1963 in Palestine, IL and she preceded him in death on November 11, 2010.  Mr. Eads was a 1957 graduate of Michigantown High School. He worked as a supervisor for Mallory Controls and Federal Mogul. He then worked for Area 4 Headstart as a Transportation Coordinator.  He was a member of the Faith Family Church.  Don enjoyed gardening, watching sports, mainly Purdue and especially enjoyed his grandchildren and great grandchildren.

Funeral services will be 11 a.m. Thursday, March 24, 2016 at Goodwin Funeral Home. Visitation will be 5-8 p.m., Wednesday, March 23rd at the funeral home. Burial will be in Whiteman Cemetery, Michigantown, IN. Memorial donations may be made to the Clinton County Cancer Fund or Faith Family Church.

He was preceded in death by a granddaughter, Emily Gandy, twin grandsons, Ross & Richard Eads and 2 sisters, Jeanette Sharp and Evelyn Huffer.