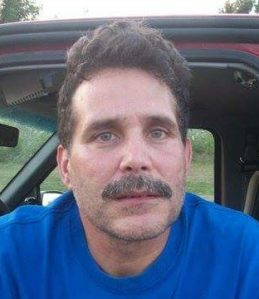 Donald Eugene “Gene” Ferguson 51 of Sheridan, IN died at 10:30 p.m. Friday, March 24, 2017 at St. Vincent Hospital in Indianapolis.  He was born on May 26, 1965 in Lebanon, IN to Howard L. “Buck” & Mercedes (Lopez) Ferguson.  Gene married Pam Wire in June of 1991 and she survives.  Gene formerly worked at the Frankfort Rural King as department manager in agriculture.  He had previously worked for Rose Acre Farms.  He formerly owned and operated the Frankfort Oasis Restaurant and Bar with his wife Pam and brother in law, Bryan Wire.  Raised Colfax, he attended Clinton Prairie Schools.  He currently was serving on the Sheridan Volunteer Fire Department after formerly serving with the Forest and Kirklin Fire Departments.

Funeral Services will be held at 11 a.m. Wednesday, March 29, 2017 at the Goodwin Funeral Home. Friends may visit from 9 a.m. until service time on Wednesday. Burial will follow in Green Lawn Memorial Park. All are invited to the Colfax Ambulance Building for a “pitch in” dinner at 2 p.m. following the burial.

In addition to his father he was preceded in death by a sister, Margarita Pritchard.