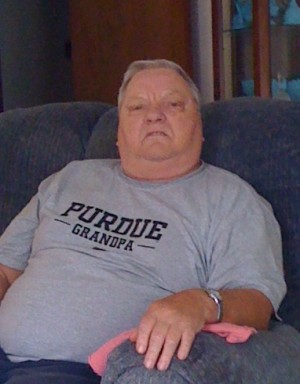 Don L. Reed 75, of Frankfort, IN, died at 3:42 a.m. March 4, 2013 at St. Vincent Frankfort Hospital. Born September 21, 1937 in Michigantown, IN to Raymond & Bessie (Painter) Reed. He married Patricia A. (Shelton) Forsythe on May 3, 1968 and she survives. Mr. Reed attended school in Michigantown. He worked at Wilson Meat Packing in Logansport for 14 years and Bell Machine Shop in Frankfort for 8 years. Don enjoyed fishing, was an avid card player and loved his family, especially his grandchildren and great grandchildren.

A memorial visitation will be held from 5-7 p.m. Wednesday, March 6, 2013 at the First Church of the Nazarene. Donations in memory of Don may be made to the City of Frankfort Lagoons, envelopes will be available.

He was preceded in death by 2 brothers, Raymond ‘Sonny’ and Richard Reed.