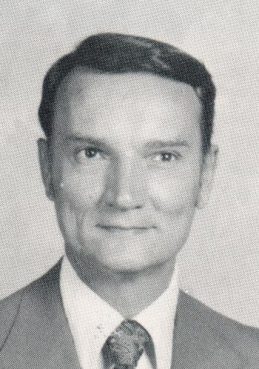 Dick L. Walters, 83, of Frankfort, passed away at home surrounded by family on Saturday, September 30, 2017, following a courageous battle with cancer.  He was born in 1933 to Ernest & Wilma (Denney) Walters in Wabash, Ind.

Dick served in the Indiana National Guard from 1959-1963.  Dick and Rosie made their home in Clinton County, Ind., where Dick was a high school teacher for 43 years.  He taught at Forest High School from 1956-1960, then at Clinton Central High School from 1961 until his retirement in 1999.  He was head of the business department and senior sponsor while at Clinton Central. Dick was a wonderful, kind and caring man who made a difference in so many lives.

Dick enjoyed being involved with the Frankfort Library and the Garden Club.  But most of all, Dick enjoyed spending time with his family and friends.  He especially cherished the annual family beach vacations and his family will always hold those memories in their hearts.

Visitation will be 3-6 p.m. Friday, October 6, 2017 at Goodwin Funeral Home. Memorial services will begin at 6 p.m. Friday at the funeral home. In lieu of flowers, memorial donations may be made to the Frankfort Library Gardens, 208 W. Clinton St., Frankfort, IN, 46041.