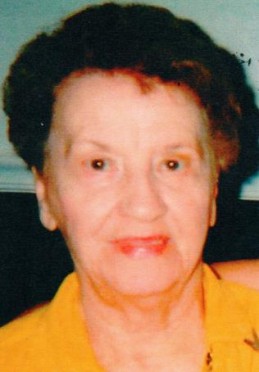 Diantha Rae Pickering 97, of Frankfort, died on Saturday, January 16, 2016 at the Mulberry Health and Retirement Center.  She was born on April 26, 1918 in Danville, IL to Carl M. & Edna B. (Holst) Erwine. Her marriage was to Albert Dale Pickering on March 18, 1941 and he preceded her in death on March 11, 1992.  Diantha worked as a secretary and bookkeeper for Stevens Advertising Company in Indianapolis, Etna Casualty and Assurity Company in Chicago and J.V. Goar Real Estate Office in Frankfort. She was a 1935 Graduate of Frankfort High School and a member of the former First Methodist Church, Delta Sigma Kappa, American Legion Auxiliary, Women of the Moose and Eagles Auxiliary. Her passion was ballroom dancing.

Services will be 2:30 p.m. Thursday, January 21, 2016 at Goodwin Funeral Home with the visitation beginning at 12:30 prior to the service. Burial will be in Green Lawn Memorial Park. Memorial donations may be made to the Clinton County Cancer Fund.